After serving three tours in Iraq for the United States Marines, Benjamin returned home to Idaho to pursue an interest in photography after his "Juliet" convinced him it is what he should do. Through capturing the beauty around us, he has found a way to relax in the civilian world.

Recently, Kootenai Health discovered his work and hired him to decorate their newest facility with large prints from around the area, shown in the background. 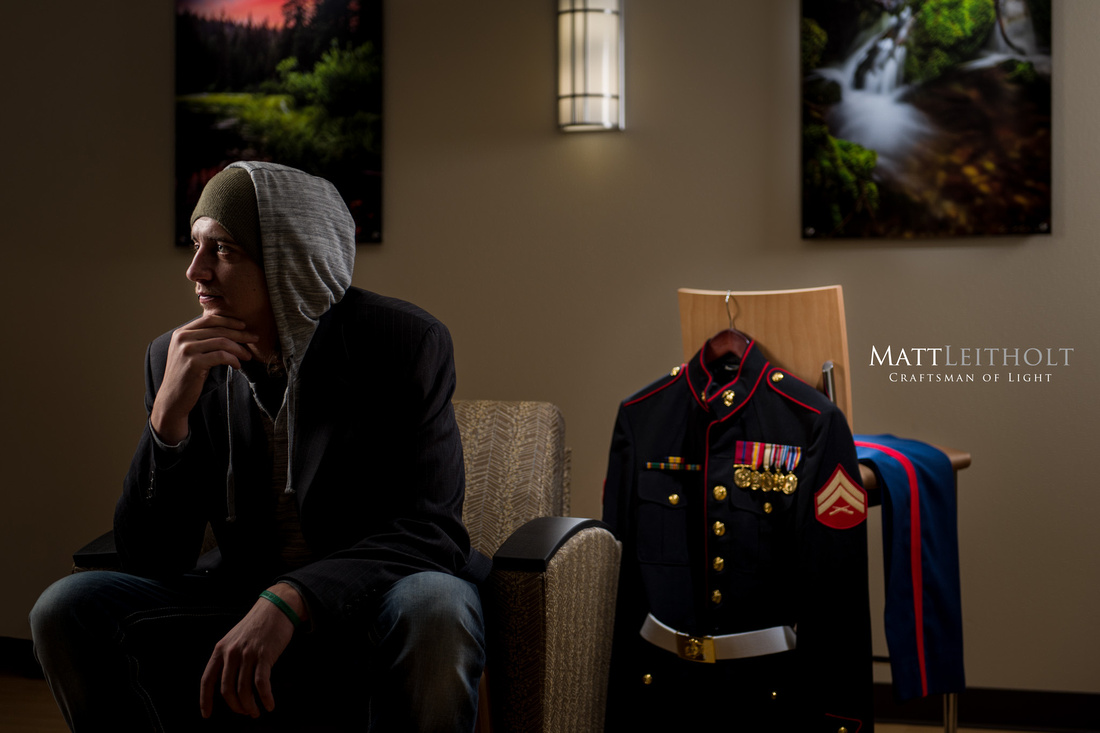 In capturing this, we wanted to show where he was in the past and where he is going to. We went and scouted the location and while there were areas with larger prints, there wasn't much room to shoot, so we decided on this location in the foyer of the building. Ben is a very pensive and quiet man, especially when he is creating, so we wanted to capture that as well. 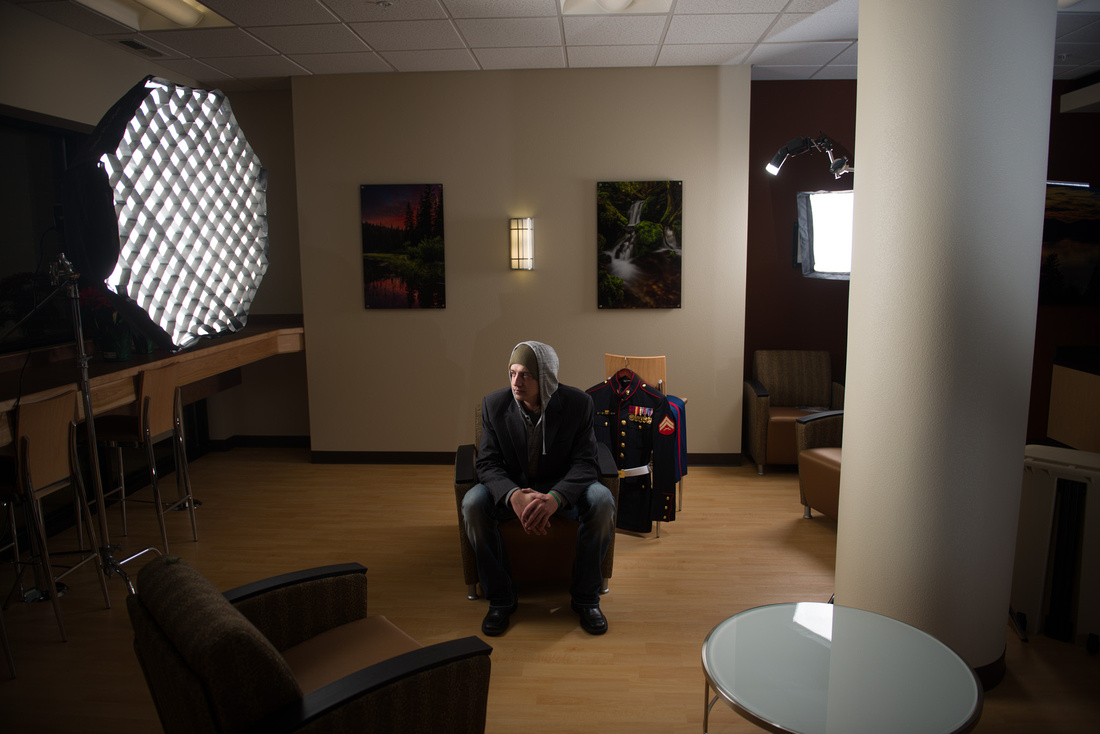 In setting this up, I used a large octa with a grid to the left to get a nice soft light, but also not light the background at all. I aimed it at the pillar on the right to create a minimal fill. To separate him from the background, I used a small softbox on a Profoto 7b on the right to just give a touch of light to the right side and the uniform. Additionally, the uniform was lit with a snooted speedlight. My goal was to make the important areas of the image brighter than the rest.

Finally, we have the prints in the background. To shoot these, I handheld a speedlight and zoomed it in all the way to 105mm. Two shots later, I have the prints. I should also mention I was shooting on a tripod so I can merge these together later ;)

While the prints could have been lit in the original photo, the advantage to compositing the light in is that you can change the shape of it later to match the print. By simply layering the photos together in Photoshop then using layer masks, I got light on the prints, but not anywhere else, which makes them pop, and not lose any quality from digital enhancement.

The angle I chose was to keep the focus on him and his face, then fade off to the other elements in the frame. Also, since we had the uniform in the photo, it would make it off balance if I shot it from the setup shot position, which I would have if the uniform wasn't a part of the shot.

Overall, I feel we accomplished our goal of making an interesting photo of Benjamin and really captured his personality. If you have some questions, feel free to drop them in the comments and I will do my best to answer them!