Check Out the Epicness of Metal Prints from Bay Photo

Hey everyone, I wanted to write a review on my impressions of metal prints from Bay Photo lab. I had never printed on metal prior to this and had heard from many people I respect that their prints were top notch and gave photos a "3D look". I had to see it for myself so I began to think of what I wanted to print. 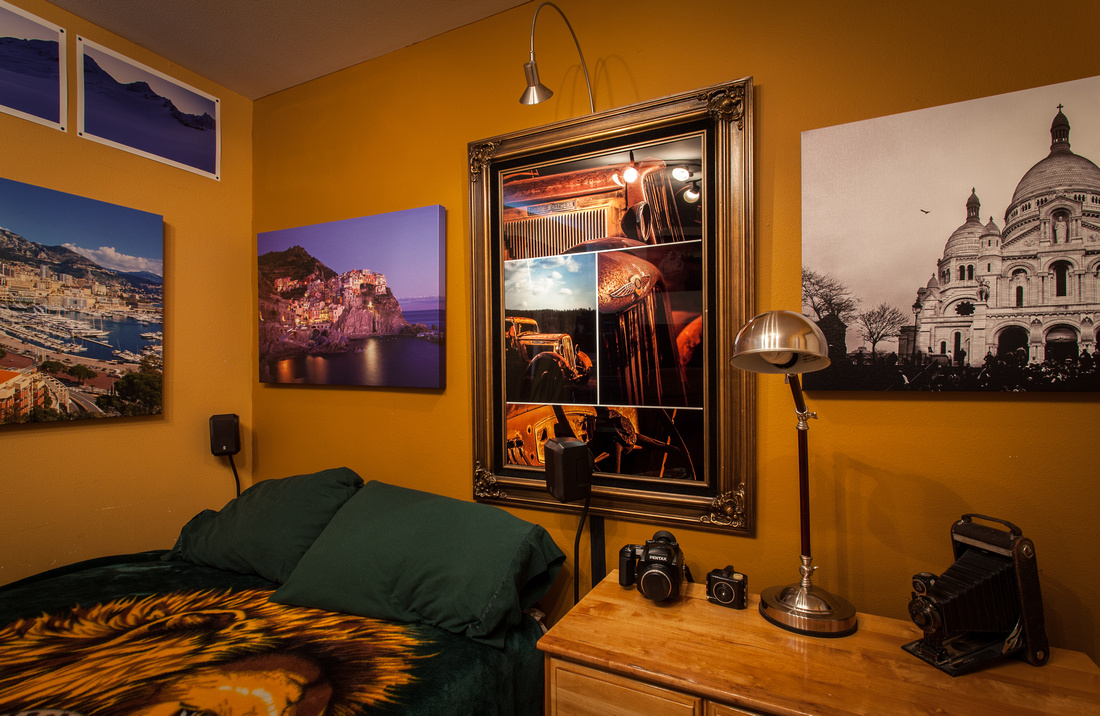 I had remembered this old truck next to my place I used to live at, it was the first subject I ever photographed on my first DSLR. It had been 4 years and 1 day since I had first photographed the truck so I decided it would also be a good comparison of my improvements in the past 4 years.

Here is my first shot of the truck from 4 years prior. Back then I was really into over-editing my photos and I had totally messed the photo up by doing this editing to it in the way I did. Back then I thought it looked cool, now I cringe. 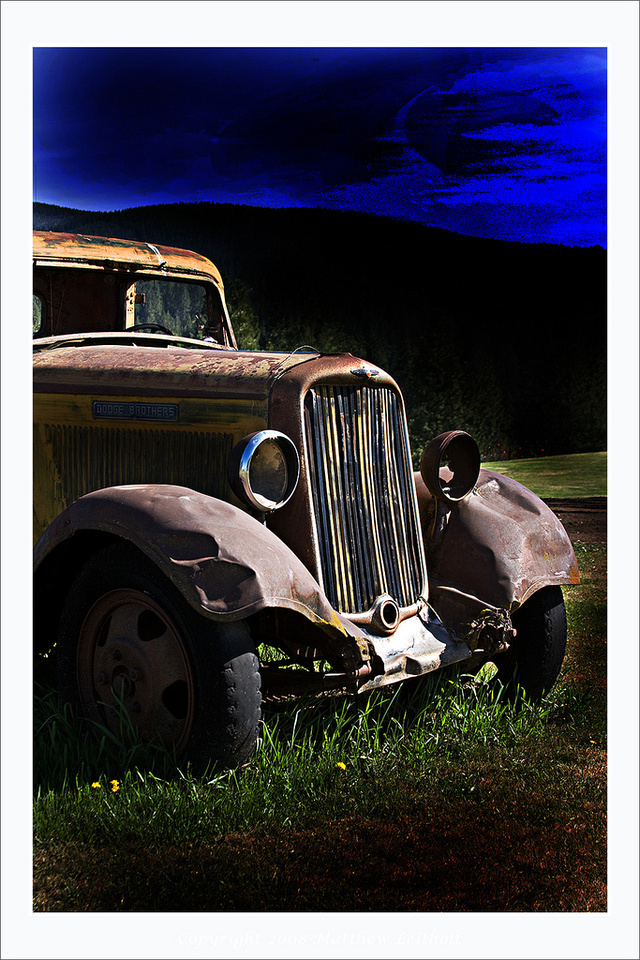 When I was approaching the photo again and thinking about it in a whole new way, I thought of the problems the old one had. The first major issue was the over use of dodging and burning on the sky. The second was the halo that was around the truck again from over editing. The composition wasn't terrible, but it wasn't exactly how I wanted to shoot it the second time.

To solve these problems I decided to use lighting and gels to give the truck a look that portrayed it as being lit by sunset light. In lighting the photo I used Einsteins by Paul C Buff with 11" long throw reflectors on them to give it that punch and naturally underexpose the background. 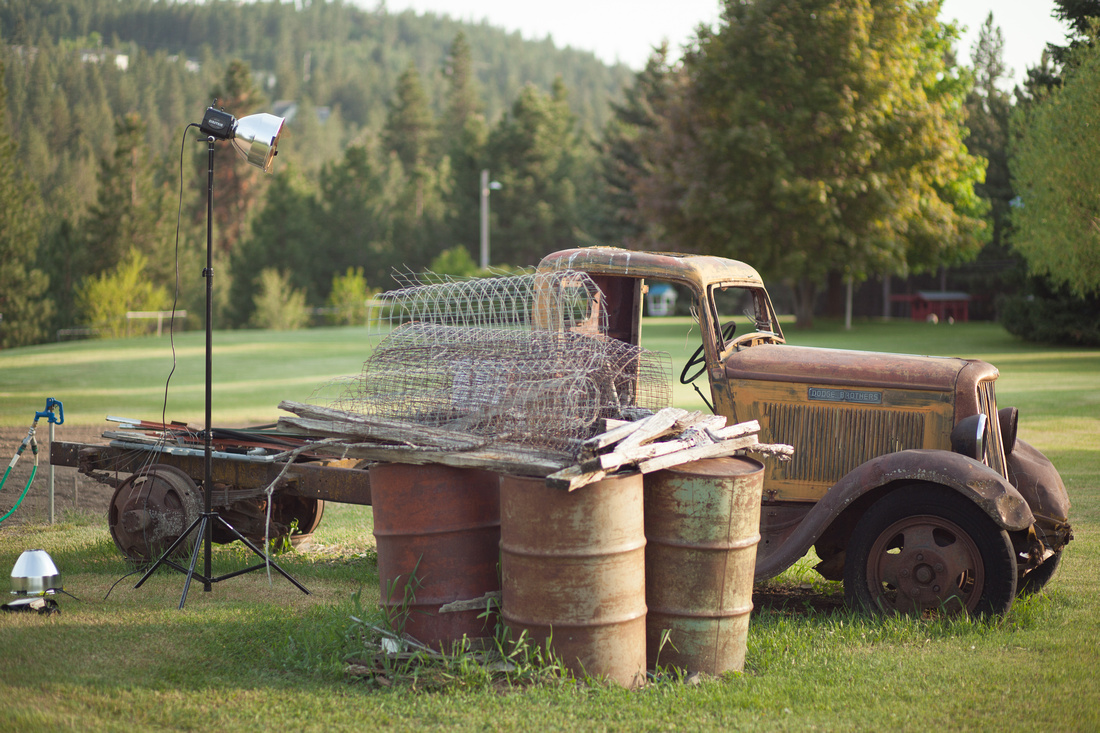 After shooting the truck I composited the images together into a small collage to share different details of the truck. This gave the viewer multiple angles of the truck and showed the important details well.

I ordered a 24x36" metal print from Bay Photo Lab in Santa Cruz, California, their staff was super friendly and helpful throughout the process. I received the print about 10 days later, it came well packaged and arrived safely.

I found the perfect frame for the print at a local thrift store, it fit the print super well with matching tones and being old as well. I got the print mounted and it looked fantastic!

The print was a tad bit on the dark side but that could just be my monitor. I used an art light on it and it looked phenomenal after that! The tones of the rust just lit up like none other and gave it that deep look.

The print was beautiful, there were no imperfections that I could see. Of all the prints on my wall, that is the one that catches the attention of my guests the most. The metal quality makes it pop and people stop there.

While I was at Photoshop World in Vegas this year, I noticed many people are going to metal prints. They give you that look that paper and canvas just don't give you. Whenever is see metal print now, I stop and really check it out because it pops the color and gives you that strong depth.

They are definitely something you need to see with your own eyes to appreciate the beauty but I hope my thoughts will encourage you to check out Bay Photo the next time you are thinking about printing that special shot.

Matt Hernandez(non-registered)
Great review, Matt. I'll have to order some stuff from them and compare with Image Wizards.
Matt Leitholt
Thanks Joseph! Definitely check them out next time you need a metal print, had a great experience :)
Joe Smith(non-registered)
Very nice, Matt! I've only done one metal print and love its look. Thanks for the background story, it helps bring home your love of the print.
No comments posted.
Loading...
Subscribe
RSS
Recent Posts
A Little Out of the Ordinary Desiree + Kyle // Engaged - Spokane Wedding Photographer Benjamin Powell Trying Something Different How to Photograph Fireworks How to Fix Not Being Able to Type Caps in Photoshop Philip Vukelich Behind the Scenes: Always Reckless Doug Webster How to Turn Off Facebook Notification Sounds
Keywords
photo camera photos photographer photography how idaho to digital dslr
Archive
January February March April May June July August September October November December
Copyright 2008-2020 Matt Leitholt, All Rights Reserved.
User Agreement
Cancel
Continue