"Heck, I probably won't even live that much longer."
- Todd 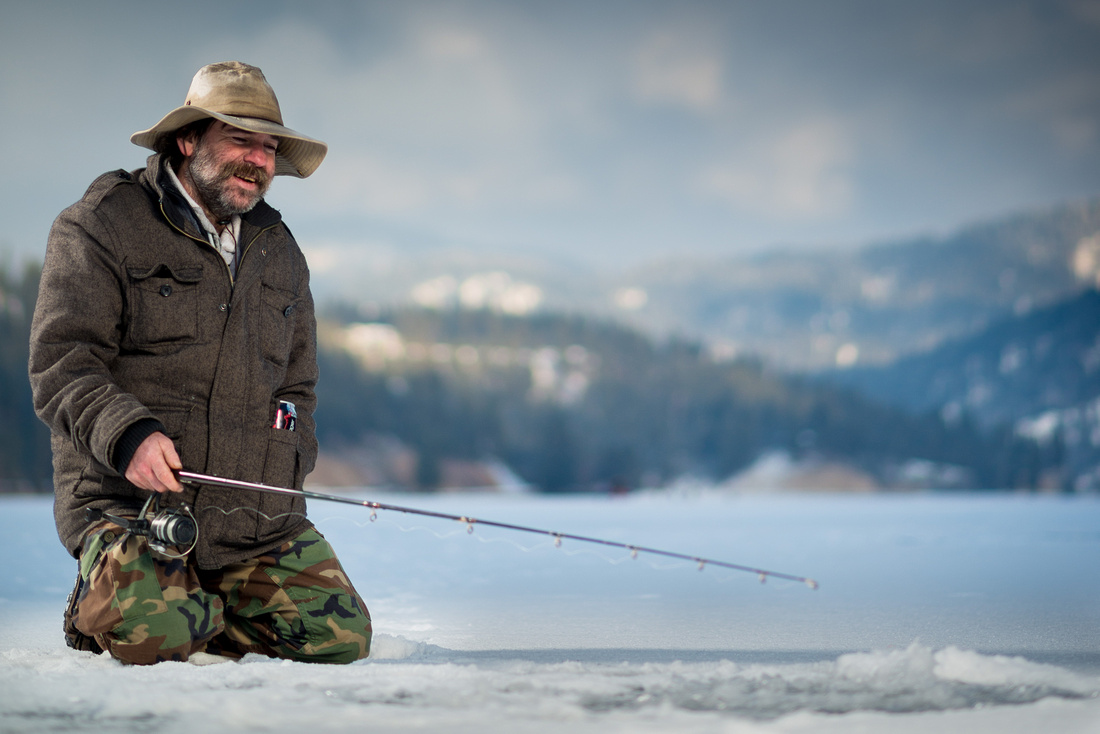 I first met Todd on Saturday when I was looking for an ice fisher to photograph. We were at Fernan Lake in Northern Idaho, and it was my first time ever on the ice. I had walked around to all the ice fisherman on the lake to find the perfect one. I was looking for someone with a true "classic fisherman" look to him. A rugged beard and a cool character were a must for my photo.

I found Todd talking to one of the fisherman I had first chatted up over in a cove. When I saw him I knew he was my subject. I stood around for a few minutes and found a spot to jump into the conversation. I told him about what I was envisioning, showed him a few of my photos, and he was in!

We walked back across the lake to the car to grab my lighting gear (A Profoto 7b pack, 2 heads, a Chimera Super Pro Plus Small softbox, and an Elinchrom 39" Deep Octabank). While I grabbed my gear, he fished his pole out of some grass he stashed it in near by.

After the trek back to the hole, I set up my lights. 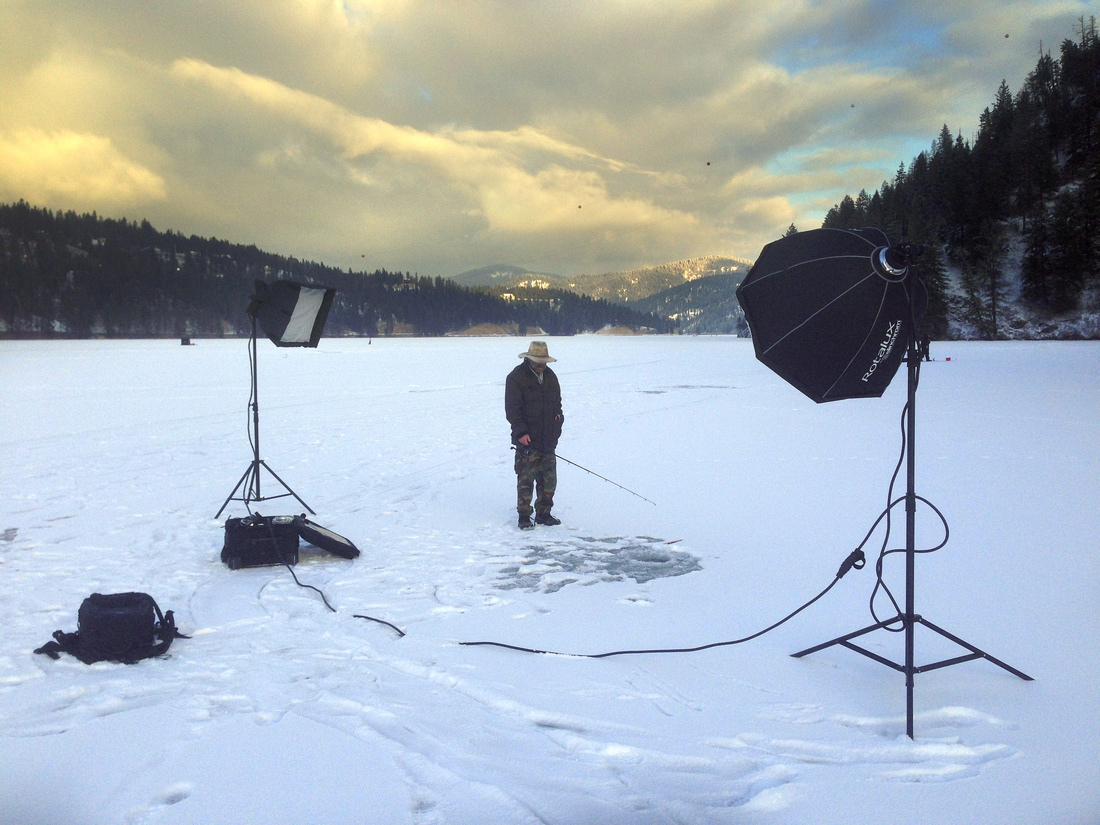 I had a great time laying down on the snow covered ice pack for a good 10 minutes while I was doing the shoot. I think I'm still a bit chilled from that one :D

I had asked him to give me a nice smile like a happy fisherman and he replied back "But fisherman don't smile", too bad Todd, because I got that genuine smile when you were least expecting it, when you were saying they don't smile ;)

Yesterday, I went and got his photo printed so I could give it to him, I also had it laminated so it would hold up for years to come.

When I found him at the local shelter, I had asked him to sign a model release and he said "Heck, I probably won't live much longer anyway." Well Todd, I hope this helps you to live on longer than you had ever expected. 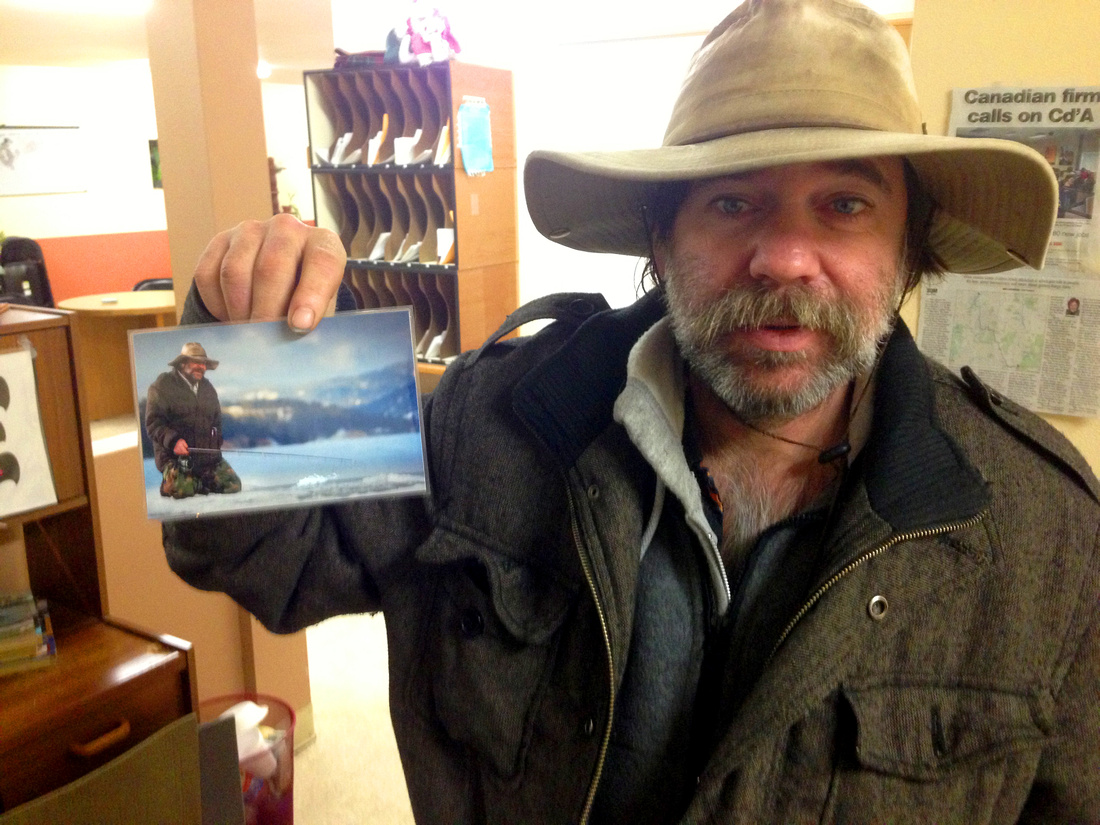